Skip to content
IN STORE ONLY
Add to Wishlist

Budgie Blue is based on a blend made famous by one of Australia’s budgie legends, Mr Fred Cardona

Budgie Blue is based on a blend made famous by one of Australia’s budgie legends, Mr Fred Cardona. Fred’s blend was 50% canary, 25% White French and the rest a mixture of jap millet, panorama, panicum, red panicum and hulled oats and this remains our mix.

Cardona Mix was the standard blend for any top flight breeders in Sydney in the 80’s and 90’s. When Avigrain started to sell in Melbourne in 1999, we found a similar brew was popular with was 50-60% canary with White French and Jap Millet making up the rest. Not exactly the same as Fred’s mix but close enough for us to roll the two up into one mix and that’s what we’ve been calling Budgie Blue ever since.

The critical component in Budgie Blue is canary seed. Canary is higher in protein and lower in carbohydrates than millet so breeders believe Budgie Blue give them a more balanced and less fattening diet than our Budgie Green which is only 20% canary.

Best Question Yet on Budgie Blue Vs Budgie Green…
“I know Avigrain has Budgie Green for Green Budgies and Budgie Blue for Blue Budgies but I have Spangles – so what should I feed them?”
We told him to mix the two blends together for his spangles.

They have been operating from their Berkeley Vale factory on the Central Coast of NSW since 1987.

In 2010 a production and storage site at Purrawunda was opened in the heart of the Darling Downs.

Avigrain makes a large range of products which include a range of specialist birdseed mixes which have grown to be the best selling breeders birdseed mixes in Australia. 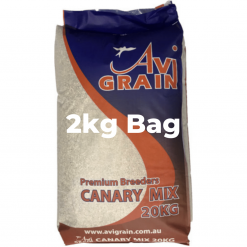 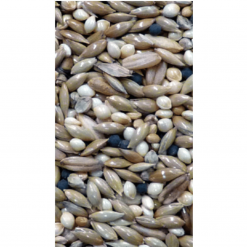 Read more
IN STORE ONLY 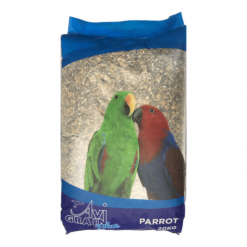 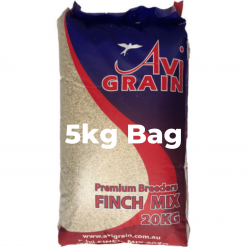 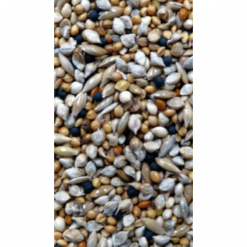 5kg bag of Avigrain finch mix. Convenient size for all finch owners needing the best choice for their birds. 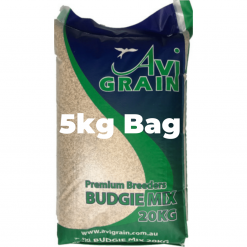 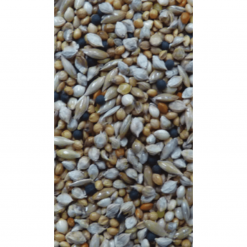 5kg bag of high quality bird seed mix available for Budgies. It's sure to be a hit with your budgies! 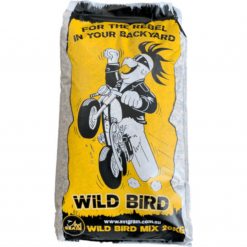 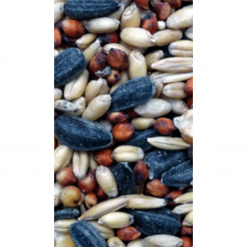 ‘For the Rebel in your Backyard’. Attracts seed eating wild birds. Buy in bulk and save! 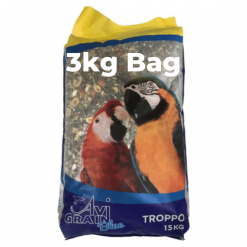 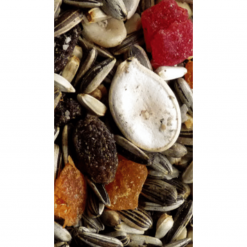 Fruit and nut mix suitable, but not limited to, parrots such as Cockatoos, Black Cockies, Galahs, Alexandrines, and Ringnecks. 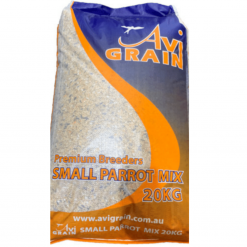 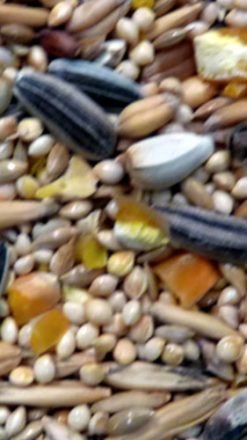 Bulk bag of small parrot mix. This is a great quality mix for your parrots! 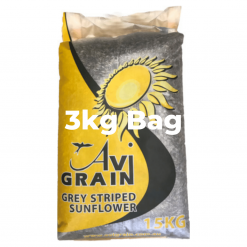